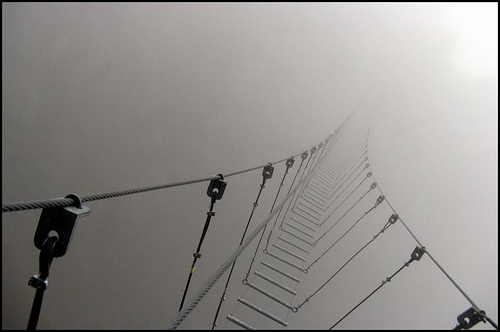 “For too many journalists, one lawsuit could bankrupt them or their newsroom.” -Josh Stearns, GR Dodge Foundation

In our 9 year history providing legal services on over 1400 individual matters, we’ve tracked a significant convergence in the legal needs of journalists, creators and entrepreneurs. This convergence is the result of the rise in the importance of nonprofit and independent projects and the common use of the internet as the means of distribution. As a result, a common set of core legal issues has emerged among journalists, creators, and early stage tech entrepreneurs.  We share the top 10 areas of convergence below.

Hyperlocal social platforms, like Yik Yack and Whisper,  are hot right now. But when things turn ugly, or they get into the wrong hands, whose responsibility is it? Who foots the bill for the fallout? The founders and developers who didn't foresee the (negative) possibilities? Parents? Teachers? Consumers? Law enforcement?

Staff Attorney Teri Karobonik will join a panel of other experts on Thursday May 14th to discuss these issues and more at CyberHive's StartUp Breakfast; Unintended Consequences:  Who is responsible when hyperlocal social apps get in the wrong hands?

For more information and to RSVP check out theCyberTECH and CyberHive Startup Incubator Meetup page for the event here. 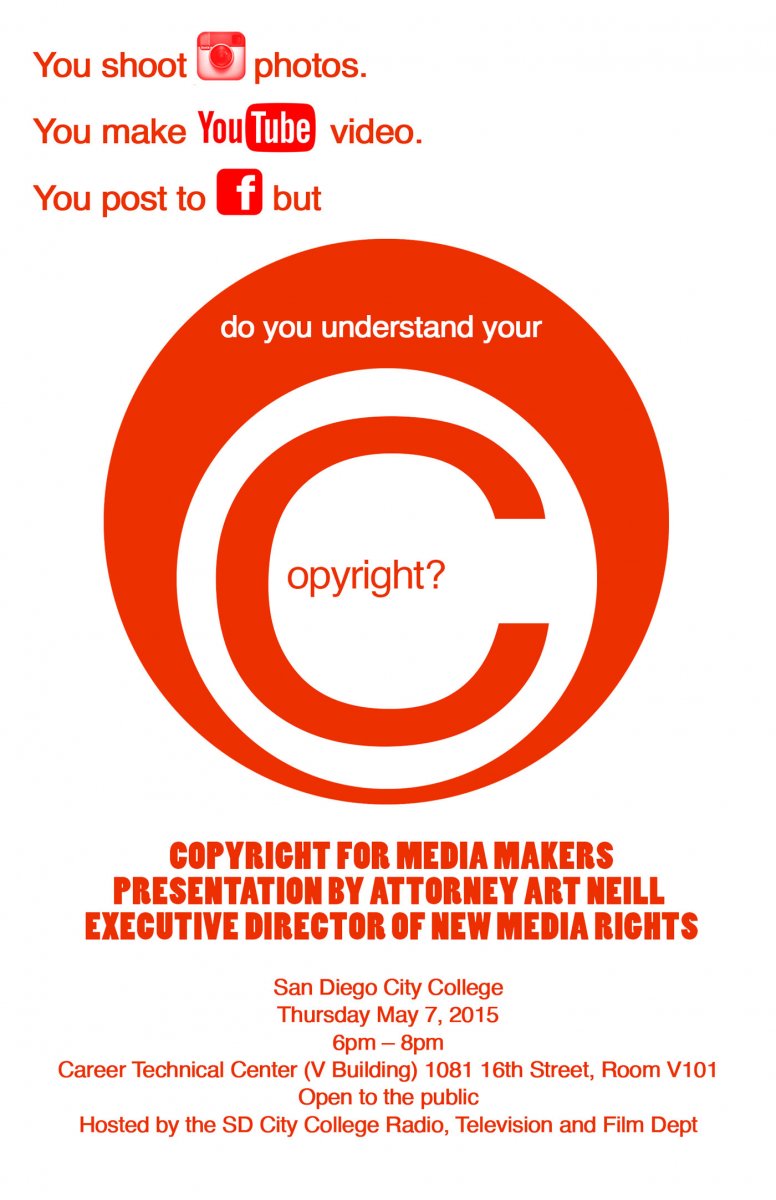 This free workshop is open to the public and we want to thank the San Diego Economic Development Department, whose support made this workshop possible.

At New Media Rights we often get questions about domain names and trademarks. Many of these questions are the result of some deeply held myths about the use of trademarks in domain names. In this blog we’ll explore & debunk some of these key myths.

The National Association of Hispanic Journalists San Diego/Tijuana chapter has put together an exciting panel, including our own Staff Attorney Teri Karobonik, which will cover ethical and legal issues related to border reporting. The panel will also discuss what border stories we need to start telling focusing on case studies from the panelists and end with a Q&A. 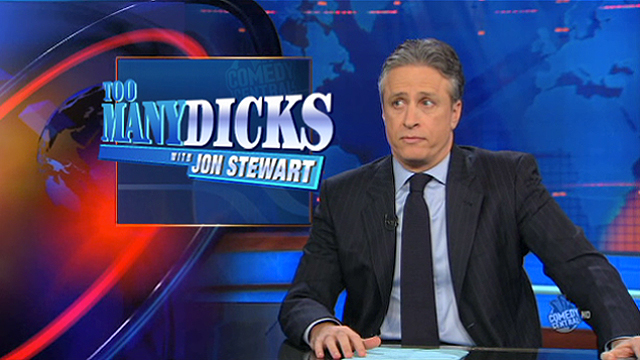 Recently, remix artist Jonathan McIntosh ( a New Media Rights client and Advisory Board member) has been facing off with Viacom. Viacom sent a second abusive DMCA takedown to the same video, despite withdrawing a DMCA takedown back in 2013.  With our help, Jonathan is appealing the takedown and working to restore the video. The incident highlights the many abusive DMCA and copyright related takedowns New Media Rights has seen over the years, often from large media companies like Viacom.  Read more about the case, and how we're helping Jonathan in this post.

In this months newsletter:

The FCC's proposal to reclassify the Internet under Title II is a big win for the Open Internet!
Recently, FCC Chairman Tom Wheeler proposed reclassifation of the internet as a Title II communications service.  If adopted February 26, the proposal would give the FCC the legal authority it needs to preserve and protect the Open Internet. Executive Director Art Neill sat down with KPBS to discuss why the Federal Communication Commission's new Open Internet rules are necessary to ensure a free and open internet.

Recently, FCC Chairman Tom Wheeler proposed reclassifation of the internet as a Title II communications service.  The move gives the FCC the legal authority it needs to preserve and protect and preserve the Open Internet.

This is a good thing.  Here's a TV interview we did explaining what's going on.

You can also listen to a more in depth interview here.

Without this reclassification we face the trade-off of improved profits for already hugely profitable companies, in exchange for the internet as we know it. This trade-off is unacceptable to the creators and consumers we serve.