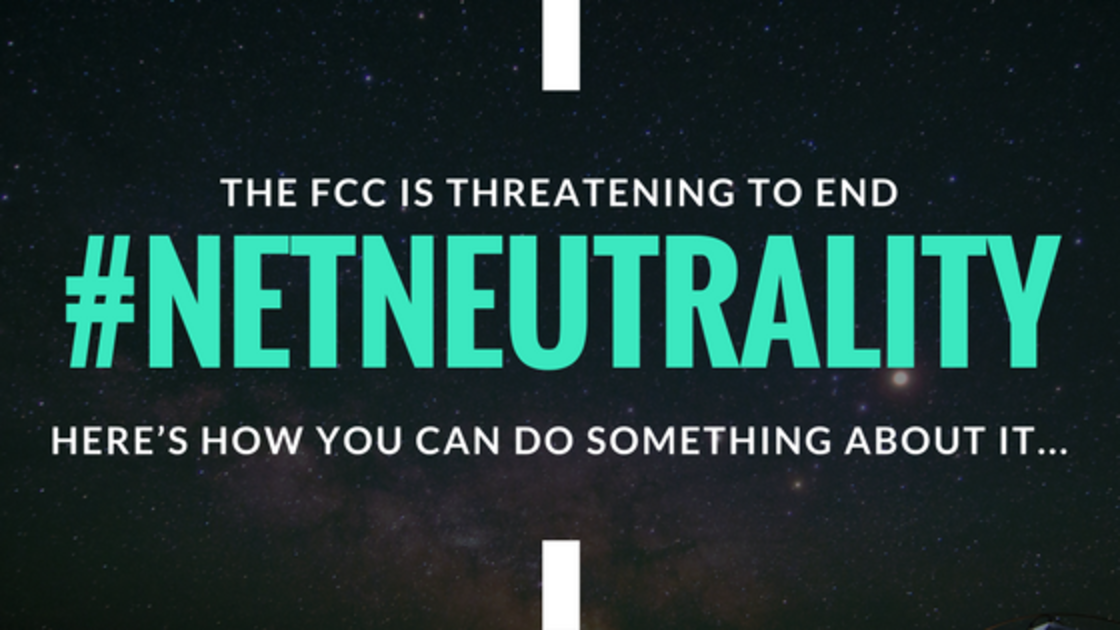 On December 7, 2017, New Media Rights joined more than 30 press freedom, civil liberties and open government groups in submitting a letter to Federal Communications Commission Chairman Ajit Pai urging him to cancel the scheduled Dec. 14 vote to undermine the open-internet protections put in place in 2015. The letter follows our recent comments to the FCC this summer in defense of Net Neutrality.  You can read those comments here and learn more about the most recent battle to protect net neutrality here. New Media Rights' has advocated for net neutrality for nearly a decade through comments and the Consumer Advisory Committee at the Federal Communications Commission. Our policy recommendations were heavily cited and relied upon in the FCC's 2015 order implementing Net Neutrality.
The letter was signed by the American Civil Liberties Union, the Association of Alternative Newsmedia, the Center for Media Justice, Civic Hall, Color Of Change, Defending Rights and Dissent, Fairness & Accuracy In Reporting, Free Press, the Freedom of the Press Foundation, Globalvision, Inc., Local Independent Online News Publishers, Media Alliance, the Media Consortium, the Media Mobilizing Project, the National Coalition Against Censorship, the National Hispanic Media Coalition, Native Public Media, New Media Rights, New York Tech Alliance, the Online News Association, the Participatory Politics Foundation, PEN America, Personal Democracy Forum, Reporters Without Borders, the Society for Professional Journalists, the Student Press Law Center, the Sunlight Foundation, the Tully Center for Free Speech, the Wikimedia Foundation, WITNESS, the Writers Guild of America, East, and the Writers Guild of America, West.

In late November, Pai scheduled a vote on his plan to overturn nearly all of the Net Neutrality safeguards put in place during the Obama administration. If the FCC adopts Pai’s proposal on Dec. 14, internet users will be exposed to blocking, throttling and paid prioritization of online content by the handful of internet service providers that control access in the United States.

The text of the letter to Chairman Pai follows below:

We are more than 30 advocates for press freedom, journalism, free expression and open government, united in our opposition to your planned repeal of the Federal Communications Commission’s successful open-internet rules.

We understand that you plan to vote on this repeal on Dec. 14. We urge you to reconsider your plans and cancel that vote. You must not abandon Net Neutrality, nor abandon in the process the agency’s congressional mandate to prevent unreasonable discrimination by the broadband providers that carry the internet traffic of everyone in this country.

In 2014, groups and organizations like ours wrote to your predecessors at the agency. We called on them to protect online free-speech rights by grounding open-internet rules in the FCC’s clear authority under Title II of the Communications Act. The FCC did just that in February 2015, preserving the open character of this essential communications infrastructure. The federal courts have upheld those rules twice since then.

This was a tremendous victory for free speech and freedom of the press. The open internet is today our main conduit for expression and information. It is our library, our printing press, our delivery truck and our town square. Journalists, academics, governments and local communities depend on it to connect, communicate and collaborate every day. And as old models for news and information evolve or decline, the internet presents opportunities for new and independent media outlets to emerge.

Your plans could change all of that. Letting broadband providers block, throttle or discriminate against online content, services and applications gives them tremendous power. Allowing them to relegate disfavored speakers and content to slow lanes while prioritizing the viewpoints of those who are willing or able to pay more would change the open character of the networks we rely on to communicate, cover the news and tell our stories.

Your proposal would give entrenched media, cable and telecom companies like AT&T, Comcast, and Verizon life-and-death control over the voices and businesses of independent news gatherers. It would give them unfettered power over our viewers and readers, potentially blocking not just what people can see on any single website or powerful online platform, but what they can find anywhere online. This would have a chilling effect on our rights and our ability to access, report and share information free of gatekeeper control by those large broadband providers.

Contrary to the arguments you have presented, the current rules pose no threat to innovation and investment. Research citing broadband providers’ own financial disclosures makes it clear that these companies are still investing in better and faster networks, undeterred by either the rules or the legal framework you intend to discard.

You have suggested that broadband-provider transparency and promises alone will fill this vacuum. But we can’t rely on or expect private entities to behave. These companies want to privilege certain speakers over others to increase the return to their shareholders. They have no interest in serving the public.

From the beginning of our nation, U.S. laws and leaders have protected the right to free expression and dissemination of information over public and private networks alike. They have acknowledged the fundamental need for our speech to be delivered without discrimination. Freedom of the press was not simply the freedom to print, but also the freedom to distribute speech across the country through the postal service. Our ability to use that network (and its successors) is central to our ability to self-govern.

To preserve the open internet as a vibrant space for press freedom and freedom of information, the FCC must continue to follow the law set out in Title II of the Communications Act. It must continue to treat broadband internet access services as telecommunications services, subject to longstanding prohibitions against discrimination and blocking. And it must not move ahead with its dangerous plan to remove any semblance of the open-internet rules grounded in that law.