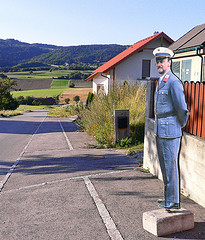 In the popular game Halo 2 on Microsoft’s XBOX, some multiplayer gamers caused Halo 2’s programmers headaches by modding, cheating, and exploiting glitches in the game to gain considerable advantages over other Halo 2 gamers and raise their online ranking. While this activity wasn’t necessarily illegal, it was in contravention of the terms and conditions of the online gaming agreement that gamers had with Microsoft through the online gaming service XBOX Live. Accordingly, XBOX Live moderators monitored gamer activity and suspended the accounts of those who continued to cheat despite warnings. Although the cheating was very frustrating for many Halo 2 players, it wasn't a crime. Now that online environments are beginning to introduce the possibility of buying, selling, and exchanging goods, activity similar in nature to real world crime is emerging, and the solutions to these crimes are proving elusive.

Due to the obscurity and newness of virtual worlds, most gamers who have tried to take their virtual world grievances to real world courts have been summarily rejected. Until now, most actions taken by law enforcement against virtual world criminals have occured in countries like South Korea where virtual world participation is something akin to a national pastime. In 2003 alone, South Korea received reports of over 10,000 virtual world related cybercrimes.

Recently law enforcement in Amsterdam arrested five teenagers for stealing over 4,000 Euros worth of virtual furniture in the virtual world Habbo Hotel . Stealing the furniture wasn’t as simple as picking it up and walking away with it. The teenagers first set up phishing sites posing as official Habbo Hotel sites in order to collect usernames and passwords from other Habbo Hotel users attempting to log in. After they had these usernames and passwords, these teenagers logged onto Habbo Hotel using the stolen information and proceeded to exchange property with their own user accounts. While many at the time argued the teens should only be banned and not charged criminally, a Habbo spokesman stated, “It is a theft because the furniture is paid for with real money.”

An even more egregious example of virtual theft happened in Linden’s Second Life. A Second Life user discovered that by using Apple’s QuickTime media player technology he could hack into the computers of those who came into contact with their malicious software tool in the virtual world and take control of their characters. After taking control of their characters the hacker transferred ‘Linden Dollars’ to his own account and exchanged them for U.S. Dollars online. The hacker even forced the stolen character to purchase more Linden Dollars with the victim’s credit card.

Organized crime is even getting in on the action . A recent report released by Symantec explained that the largely unregulated virtual world markets are becoming attractive venues for money laundering. The report said,

"... a criminal enterprise could open several thousand MMOG accounts. Each could be used to trade with other players in the purchase or sale of in-game assets, the funds from which would ultimately be withdrawn from the accounts. Since thousands of accounts may engage in millions of transactions, each with small profits or losses, it would be difficult to trace the true source of the funds when they are withdrawn. These transactions can be conducted worldwide without the oversight that typically accompanies international bank remittances. In fact, in February 2007, China's central bank and finance ministries called upon companies to stop trading QQ coins and virtual currencies, presumably to curb the unregulated exchange of currency."

In 2007, two different Belgian newspapers reported that a virtual patrol unit was set up to investigate virtual rapes in Second Life. Apparently no details are available just as with real world rape cases. This development troubles some because they believe it might lead to the prohibition of traditionally accepted virtual world activities which are illegal in the real world. Just imagine, no online Call of Duty 4 because virtual killing is illegal. Would Mario still be allowed to stomp on Goombas? Who knows?

These examples illustrate the difficulties that lie ahead for law makers and law enforcement officials. Understandably, the virtual fails to seamlessly connect with the real, and the distinctions between what is legal or illegal and ethical or unethical are often blurred, leading to hasty decisions by those who understand the technology the least. During this time of transition it will important for users of these technologies to be vigilant and voice their opinion so law makers can make informed decisions.