Ok, a free and open Internet is critical, and yes there are many important policy discussions unfolding in Congress and at the FCC. That said, there are a number of battles that could transform the future of creativity, innovation, and rights in the online world that are receiving less attention.  These are just some of those battles. 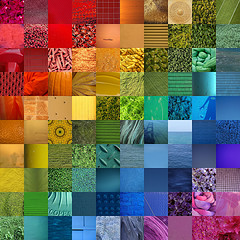 Intuitively, if you use the Internet even sparingly as a means of connecting you to the broader world, you'll recognize that much of the activity that takes place on the internet involves humans (and automated search engines and other services) filtering and aggregating basic facts and information.  This is so fundamental to our daily Internet use it largely goes unnoticed.  A link from search engine, a tweet, or a status update from a social media service are just a few examples.  There is huge value in helping citizens sift through the wonderful oversaturation of information the Internet offers.

There are, however, real threats to our ability to find content and navigate in our vast information ocean.  This very cornerstone of the Internet is threatened by fear, misunderstanding, and overreaching from some traditional content owners.

An illustrative recent example of the threat is the Barclays v. Flyonthewall decision out of New York, which has set the journogeek / legalgeek world ablaze with talk of the resurfacing of the "hot news" doctrine.

The Flyonthewall decision, and its fallout discussion, however, should not be reserved to any geek subspecies. The debate surrounding linking, filtering, and aggregating, should be recognized by all who use the internet as 1) questioning how today's internet works, and 2) governing how the Internet of tomorrow will work.

The "hot news" doctine invoked in Flyonthewall rewards "sweat of the brow," original fact gathering that derives its value from being time sensitive.  It essentially protects basic facts despite, and inspite, of other areas of the law (Copyright and the first amendment come to mind) which refuse to protect basic facts and ideas because they should be, as Justice Brandeis dissented in INS v AP (the 1918 U.S. Supreme Court case that created the "hot news" doctrine) "as free as the air we breathe."

The "hot news" revival, being advanced by first amendment attorneys like Bruce Brown, is invoking a mantra typically reserved for state legislators when it comes to the Internet.  This is the "we see a problem and something must be done" attitude.

The problem, as Brown and others see it, is how do we control a pack of "news aggregators" that are swallowing the value of "original" content from the likes of big media.

I submit that Brown and others are both

1) not asking the full range of necessary questions when considering altering regulation of the Internet, and

I want to ask the following questions to help us focus this debate.

What is the real problem? Did we already know it was there? Does it need to be fixed? Is this really the correct entity or doctrine to fix the problem?

What is the real problem? The answer: "we don't know"

Of course there is no lack of lawyering quality in the movement to "reign in" news and information aggregators.

There are fundamental problems, however, when experienced attorneys begin to believe that lawyering experience translates into similar levels of experience when wearing the hat of a technologist or economist.

A lack of knowledge of the subtleties of the technologies involved coupled with a strong desire to "do something" is dangerous when trying to craft elegant solutions to technology related policy problems.

But why even talk about solutions when we the problem has yet to be defined?

Obviously, there is not one type of news or information aggregator.

There are spam blogs and those who pilfer content in its entirety but they are almost universally dismissed as illegal actors.  Moreover, there are self-regulatory solutions to these problems.  Humans rarely link to these spam blogs, and Google and others have algorithms that reduce the presence of these spam blogs in search results.

Beyond the clearly bad actors, there are those who repurpose some combination of links, headlines, leads, or partial content, either verbatim or in some cases paraphrased.  Examples range from Google News to your friend who uses facebook to pass on all the latest news about their pet cause.

The fundamental concern of content owners who complain about the linking economy, is that value is being taken from there original content, and ending up in the pockets of the middle men.

One of the problems posed about Google news, for instance, is the recent study from Outsell that suggests that many readers will scan story headlines and leads without clicking through to the original content.  Content owners cite this as undermining the fourth factor of the fair use doctrine in copyright law, which analyzes the downstream use's "effect on the market" for the underlying work.  The market effect, however, is not so clear.

Even assuming only 1 out of 3 readers clicks through, and 2 of 3 simply enjoy the story lead, there is no guarantee that in the absence of Google news' efficient aggregation and linking to the underlying news story, that as many readers would even find their way to the original content.

Without an efficient method of locating the content, readers would need to spend significantly more time browsing through sources, which would both a) reduce their time to visit as many different sources of information as the current linking economy allows and b) reduce their time to drill down deeper on content.

So the economics debate is more difficult than restricting the aggregators to boost content owner revenue. It is particularly more complicated if you rephrase the goal as a public interest one, such as "the overall production of content," rather than boosting revenues for any one business or business model.  Even if eliminating aggregators may boost certain content owners revenues, the effect on overall cultural production is, at best, uncertain.

The public interest benefits of the linking economy are real and measurable.  Indeed, the key product information aggregators traffic in is not the underlying content.  It is the speed and efficiency with which they assist users in locating useful content in an ever growing sea of information.  Aggregation then is about creating new value by assisting users in filtering the internet. This activity deserves respect and compensation as a critical piece of our information ecosystem.

Did we already know it was there? Does it need to be fixed?

These questions may be negated by the fact that the problem isn't even well defined.

That said, linking and aggregating have been part of the internet for nearly two decades.  Some content owners such as traditional news publications are seeing their business models threatened for many reasons, and this can make it tempting to find a scapegoat.  In many ways, though we've had information middlemen for a while, these middlemen make likely targets because they broke down the centralized gatekeepers and made the online content world flatter.

As Jonathan Benton of Harvard's Nieman Journalism lab suggested at last week's conference, there is a great deal of evidence that by the early 2000's we had a vastly bloated traditional press, much of which was, and still is, performing redundant tasks.

As in similar debates regarding content on the internet (I'm thinking of music), we should care about ensuring the underlying content (ie journalism and news) is produced, rather than propping up any individual organization or business model.

Is this really the correct entity or doctrine to fix the problem?

This question, too, could be negated since the problem is not well defined.

Taking a big leap and assuming there is a sufficiently defined problem, one proposed solution is codifying the "Hot News" doctrine into federal law (it was developed as federal common law and is codified in some states such as New York).

The "hot news" doctrine is not the answer.  Without retracing excellent analysis of the flyonthewall decision, the doctrine undermines important concepts of copyright and first amendment law.

In copyright law, cases such as Feist limit protection to "expression," rather than underlying facts and ideas.  Copyright law treats certain types of content, such as short phrases, facts, and ideas to name a few, as simply not protectable under copyright law.

There are also important cases, such as CBC v Advanced Media in the 11th circuit (where despite an actionable rights of publicity claim, the court found that the first amendment ensures player names and statistics are in the public domain), that encourage courts to reject plaintiffs who bring causes of action attempting to use any exclusive right (such as "hot news") to restrict the use of information already in the public domain.

Our ability to have an open, free, and flat internet, depends on innovation in the area of information aggregation.   A strong linking economy is central to the Internet's architecture, and its defense is paramount.

Check back for more online rights battles worth fighting this decade, including...