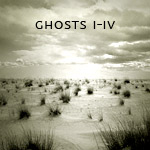 Sure, NIN has licensed their new album using Creative Commons , but what does it mean for grassroots creators who want to share, remix, or sample it? What are the practical impacts of NIN choosing Creative Commons on day to day use of their work? There's bound to be more artists adopting CC licenses, so let's see what's acceptable and what's not.

Starting at NIN ghost's website, the new album is a 36 song collection, Ghosts I-IV. There are five different ordering options, one of which is to download Ghosts I, 9 songs, for free. Already things are getting interesting. If you want all 36 tracks directly from NIN, the only option is to pay something. A reasonable $5 payment for download only of all 36 songs, or $10 for phsyical cds and accompanying booklet. A souped up $75 version with multi-track and 24-bit 96Khz hi-definition audio is alsoavailable.

So $5 and $10 seem very reasonable, but let's say that you wanted to download or upload the NIN album on a filesharing network. Before you lock your doors and hide under the covers from the RIAA, here's where the Creative Commons license makes things much different, and much more reasonable than typical copyright law. NIN, while offering only pay downloads of the full album from their website, has made other uses legal under the Creative Commons license. This means that sharing the album on a filesharing network or with a friend is OK.

Indeed, the music can be shared, remixed, sampled, or otherwise used if the music is

1) clearly attributed to Nine Inch Nails (the music contains this in the ID3 tags),

3) only used or shared noncommercially(so long as the use is not "primarily intended for or directed toward commercial advantage or private monetary compensation"). The Creative Commons license specifically says that filesharing will be legal in the following lines of legal code.

Examples of uses that are OK (so long as conditions above are met, it the songs are clearly attributed and license info is clear)

- sharing NIN Ghosts I-IV in its entirety or any portion on a filesharing network so long as you are not being compensated for the exchange of the songs.

- Using any portion of Ghosts I-IV in your podcast or video and hosting it on your own website or a website that does not exploit the work for monetary gain (ie not using ads in youtube, revver, blip.tv, or another social video website )

- Taking samples of any songs on Ghosts and reusing them in your own music, podcast, video, or other multimedia (so long as the work NIN music is part of is not exploited for monetary gain and is licensed under Creative Commons Non-Commercial Attribution ShareAlike.

- Using NIN Ghosts I-IV in another work such as a song, video, podcast, or other multimedia, and then receiving money or compensation the work containing music from Ghosts. Remember, if you use this music in your own work, it must then be under a Creative Commons Non-Commercial Attribution Share Alike license (this is the effect of the "share-alike" clause)

Well I hate to Monday morning quarterback on such a wonderful choice by NIN, but I will anyway.

1. I think NIN may have missed a revenue stream by not allowing a "set your own price" option, as Radiohead did in the fall . There is a segment of people who actually like the idea that they could get the album from a friend or filesharing network first and give it a listen before buying it. They then might feel obliged to give $2 or $50 depending on how the album impacts them. Of course filesharers could always come by and choose one of the purchase options.

This concept of "set your own price" raises the idea of static donation pages hosted by musicians on their websites. This may be more attractive to young musicians. Sure, it is reminiscent of renaissance and baroque musicians being support by wealthy benefactors, but the difference is that the wealthy noble is replaced by a decentralized network of supporters. Offering a donation page and/or "set your own price" options seem to go naturally with creative sales options NIN offers.

2. The ID3 tags state (c) 2008 NIN, but it would be nice if they carried the Creative Commons license information. This could also have been accomplished by including a text file with the music.

3. Clarification on what is Creative Commons licensed. The music download comes with album art, wallpapers, and other images. The $75 version comes in a multi-track version and HD 24 bit 96Khz audio. The language on the website states simply that Ghosts I-IV is licensed Creative Commons. Does this mean all accompanying images, multi-track, and HD audio versions are under the same license?

4. Not requiring "share-alike" would have allowed more variations in subsequent licensing options for works that use Ghosts I-IV.  The non-commercial provision helps ensure the work cannot be exploited for money (without NIN permission), but the share-alike is a bit rigid for future licensing options.  It seems subsequent creators would be more likely to use Ghosts I-IV in their work if they had a bit more flexibility in subsequent licensing.  However, "share-alike" does ensure that derivative works will always be allowed if Ghosts I-IV is part of the work.