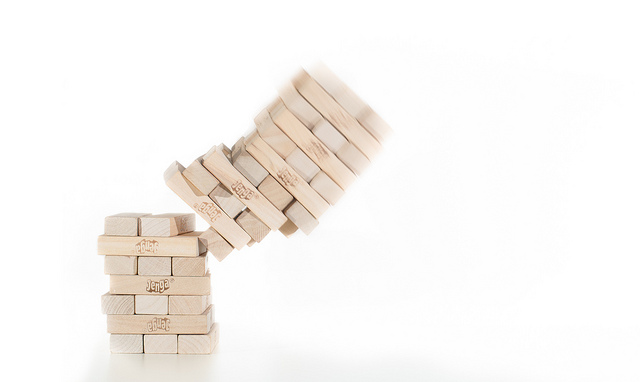 Some rights reserved by lucidtech

Teenager posts a stupid/reckless/illegal/vulgar thing online, chaos ensues. It’s become a staple of court dockets and headlines across the country. It’s hardly surprising that lawmakers have picked up on this problem and set out to solve it.  The latest attempt that has just become law is California’s Senate Bill No. 568. Best case scenario the bill merely fails to protect teenagers and worst case scenario it’s an entirely unenforceable waste of taxpayer money.

This new law requires websites to hide content posted by a minor at the minor’s request. In theory, it’s a great idea. Minors might not understand that things they post online could have very real consequences in their future. Although the law might be a good idea in theory, the actual law introduces far more problems than it solves.  Here are just a few of the many, many problems the law raises.

It’s great that a minor will be able to hide their original embarrassing post. However, odds are that the more embarrassing the post is, the more likely it was shared. The law does not require that these shared posts be hidden, which the law should not. It would be unfair to give websites the impossible task of tracking down and hiding each iteration of a post on their site or on the entire internet.  However, it’s unclear if hiding the original post will make much of a difference in cases where teen’s photos are shared and used against them. For example, in New York an Ex-NFL player created a website where he shared photos teens publicly posted on social media of themselves trashing and partying in a home he had up for sale. The teens in this case were able to delete their photos, but only from the original source.

In addition, the law doesn’t actually require that the post actually be deleted from the sites system. It only needs to be hidden from users. While this makes compliance somewhat easier for companies, it still leaves these posts vulnerable to hacking attempts or upgrades to social networking sites that inadvertently make private or hidden posts public. The latter has happened numerous times on Facebook.  Including in December of 2009, when Facebook radically updated their privacy settings and many users’ private posts became public by default.

Problem #2: The Law Assumes It Will Be Easy For Young Users To Log Into Their Accounts.

The new law allows each website to come up with their own procedure for taking down content posted by “registered users”.  This is pretty consistent with current industry practice. Many sites like YouTube, Facebook and Twitter already have mechanism for users to delete or flag content but they all have one thing in common you have to have an account and be logged into the site. All of this makes sense. However, The problem we’ve encountered at New Media Rights is when minors don’t remember any of their log in information; much like I don’t remember where I put my diary key from when I was twelve. When they get locked out of the system they have no way of using these existing tools to delete their posts. And there’s often no way for them to prove their own identity to get their posts removed. There is absolutely nothing in this new law that even addresses that problem.  It’s a problem that’s likely to grow as more teens use even more sites to create and share content on the internet.

Problem #3: The Vast Majority Of Posts On The Internet Would Not Fall Under The Law.

The site doesn’t have to take down any posts that the minor has received “other consideration” for. Consideration is a legal term that refers to what one party gives up for getting something in a contract.  It can be anything from cash, services or even general goodwill.   The problem is that all users of interactive websites receive consideration, in the form of getting to use the site, for providing pictures and other content to the site. This one provision essentially nullifies the entire law.  Its rather disappointing that none of the many lawyers in the California legislature caught this simple legal loophole before the bill was passed; it really is contract law 101.

Problem #4: The Federal Government Has Already Established Freedom From Liability For Sites That Are Based Upon User Generated Content Is A Good Thing.

A federal law called CDA 230 has already made the statement that we don’t want sites like Facebook and YouTube to be liable for potentially defamatory, reckless or even embarrassing content on their sites. This law imposes exactly the type of liability that CDA 230 is meant to prevent.   Moreover, CDA 230 has a section that actually prevents states from imposing liability for anything that CDA 230 would otherwise cover.   In short, if the consideration loophole we talked about above didn’t nullify the entire law CDA 230 almost certainly would.

Problem # 5 This Is A State Law, And State Laws Are Particularly Bad At Regulating The Internet.

The new law doesn’t actually come into effect until January 1, 2015, so in theory there’s still time to solve some of these problems. However, rather than spending the time and tax payer money to fix this largely unfixable law we’d suggest the State of California stop trying to legislate the internet and spend more time focusing on badly needed reforms in other areas.