We've provided free and nominal fee legal services in over 1000 matters since 2008! These 1000 matters include creative projects, free speech, nonprofit services, and job-creating business ideas that may die on the vine, or be the victim of improper censorship without these services. But we can't do it without your help!  We're asking for your donation now to ensure our services will be available to the next 1000 clients who need it.

Your donation will help ensure we have the resources to reach a wide variety of clients to provide critical legal services. Clients much like Anita Sarkeesian. Here is her story of how we helped her fight improper takedowns of her pop culture critiques. 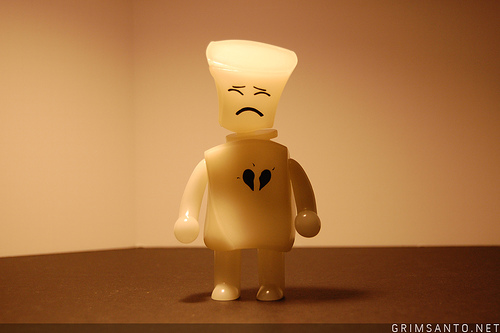 It could be entirely coincidental but on February 14th the official YouTube Creators blog had a post about bots inflation on YouTube. You can read the whole blog here. The blog certainly isn’t a complete response to our blog nor does it address the many complex layers of the Bots problem but it does recognize two important things.

First it recognizes the importance of likes and comments to the YouTube community and acknowledges that these “interactions both represent and inform how creators connect with their audience.” This was one of the biggest complaints we heard from creators. Not just that their videos were taken down but that they permanently lost the likes, insightful comments and best wishes from their fans. Even when creators reposted their videos they were unable to recover this part of their community.

Second, the blog may suggest that YouTube may focus on auditing view counts as opposed to taking videos down. The blog states that:

As part of our long-standing effort to keep YouTube authentic and full of meaningful interactions, we’ve begun periodically auditing the views a video has received. While in the past we would scan views for spam immediately after they occurred, starting today we will periodically validate the video’s view count, removing fraudulent views as new evidence comes to light. We don’t expect this approach to affect more than a minuscule fraction of videos on YouTube, but we believe it’s crucial to improving the accuracy of view counts and maintaining the trust of our fans and creators.

Although YouTube has been auditing views for some time now, there has been an inconsistent policy of removing some videos while simply auditing views of other videos. If YouTube’s new plan is to audit views instead of taking videos down; we support that plan. Almost every single creator who we talked to wanted a way to remove fraudulent views from their accounts. These creators are part of the YouTube community and believe in the importance of accurate view counts.  However, these creators don’t want to be punished when someone out of their control uses Bots on their account. By reducing view counts instead of taking down videos, the potential use of Bots attacks for censorship purposes greatly decreases, which was one of our biggest concerns.

That said if the recent blog doesn’t match reality we want to hear about it.  After all, it could be a complete coincidence that this blog was released shortly after our own blog. It is still entirely plausible that nothing is actually changing and YouTube intends to continue to ignore problematic Bots related takedowns. That said, if you video was wrongfully taken down for bots inflation AFTER February 14, 2014 we want to hear about it. 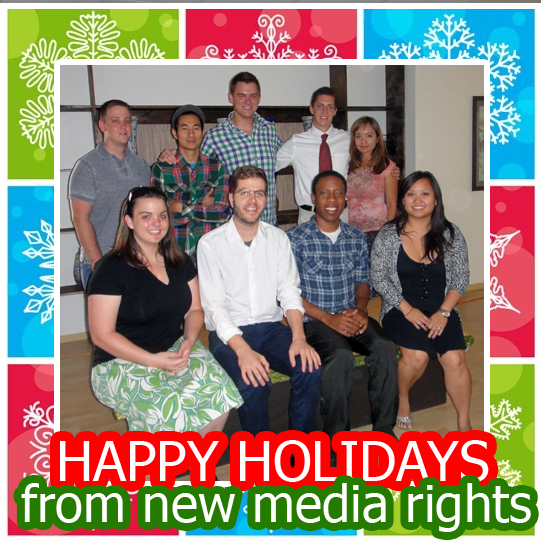 We logged our 600th one-to-one assistance case since mid-2010 this week!

When you support New Media Rights, you invest in creativity, and the slaying of copyright trolls.

Tax-deductible donations from folks like you support creative projects, free speech, and job-creating ideas that may die on the vine without our assistance.  Just this afternoon I spent time gathering evidence on a large media company that has abused copyright law to takedown a video that is 100% legal.  We will use that information to restore this content and expose the abuse by this company.

Unfortunately, finding the spark for a great idea isn't the only hurdle creators face.   Sometimes they need legal services to even be able to share their creativity or innovation, and that's where New Media Rights steps in.  We're gearing up to make 2013 the year the independent creator fights back.
There's still time to for you help independent creators and protect free speech in 2013.
Here's how you can make an invest in creativity:
Please donate, because if everyone we've assisted donated $35 then we could easily make our goal.
You can also donate through our website.  Consider becoming a Founder this year by donating $250 or more.  Your name or your company's name will be prominently displayed on our website as a supporter of New Media Rights.

Both ways of donating are tax-deductible, so donate before December 31 to make sure you get the deduction fro 2012!  And spread the word!

I'm grateful to have you as part of our community, and I look forward to slaying more copyright trolls with you in 2013!

Happy Holidays and all the best in the New Year,

We want to share some big news about the future of New Media Rights and make a few simple requests of you. We recently finalized a partnership with California Western School of Law.  We’ll still be providing the same quality one-to-one legal services and educational guides for internet users and independent creators, but now, as part of the California Western community, we’ll be able to expand what we do more than ever before.

We’re really excited to be part of the California Western community. The broader internet community will benefit from the increased availability of free and reduced fee legal services, and Cal Western Students will get real-world experience in internet and media law.

We are still completely independently funded, so please support us in starting this partnership off on the right foot

New Media RIghts has joined a broad, international coalition of civil society groups calling on elected officials to sign the new Declaration of Internet Freedom and uphold basic rights in the digital world.