Skip to main content
Skip to main content
This is a brief set of slides providing the basics of Fair Use and examples of online videos that rely on Fair Use, created for the 2011 National Conference on Media Reform.
Submitted by Art Neill last modified Tue, 04/19/2011 - 12:23pm

Art and Mera are attending the National Media Reform Conference this weekend in Boston, MA. We look forward to sharing the work we have done offering free legal resources and fighting to improve and modernize media policy. Art will be on the panel Copyright, Copyleft, CopyCenter: Can Copyright and Remix Culture Co-exist? and Mera will be an online panelist for two of the main plenaries. Read more to see how you can be involved!

We are in the midst of a shift in the way we consume video content.  Nielsen released its first set of online video metrics since June 2010.  With online video usage up a staggering 45%, our content is increasingly being delivered by online services.   Along with this continued change in our viewing habits, there is a continued change in revenue streams for video content.  We can delve into piracy and its potential effects on revenue streams another time. For now lets focus on how the increase in use of online video services will effect both the future of television and the future of what has become our most important basic utility for communication, culture, and speech... the internet. 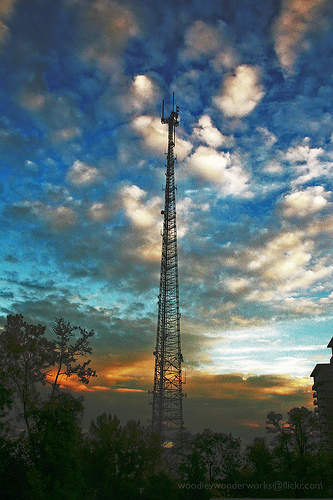 The theme of this year’s Consumer Electronics Show (CES) was any content, anywhere, anytime, and on any device.  It is CES, so you could expect that every company was showing off their new models from tablets to 3D TVs. This year’s darling was the tablet, with the Motorola Mobility's Xoom and Research In Motion's Playbook garnering the most attention.  The best in show went to the Motorola Altrix.

With the major national carriers racing to launch 4G devices, including HSPA+, LTE, and, in Sprint's case, WiMAX devices, there continues to be a growing importance of the wireless spectrum in the U.S. economy.  Innovation is not only needed for the devices, but for the network on which the devices rely.

A big shoutout from New Media Rights to the entire team that has put together OpenAttribute.

OpenAttribute simplifies the process of attributing an openly licensed piece of content, by providing a quick link where you can get an HTML or plain text attribution. Paste this code or plain text whereever you are reusing the Creative Commons licensed work, and you can have a properly formatted attribution.

I encourage you to go install this right away and start improving your attributions today!

"For Promotional Use Only – Not for Resale."  If you’ve ever listened to a promotional CD or LP (yes, they still do exist), then you’ve probably seen that phrase stamped on the front label.  By stamping the phrase on promotional records, record companies believed that the copyright laws were being preserved.  Copyright holders have battled in court to try and limit  the scope of the ‘first sale doctrine,’ which gives us the right to resell the physical copies of albums we own(and books and other copyrighted works), so that it wouldn't apply to promotional records.

We're having an organizational meeting for Drumbeat San Diego tonight at the NMR offices.

Come and help us plan logistics and outreach for the next few weeks.  Also learn about, and shape the exciting sessions that will be at Drumbeat San Diego!

An article in the January issue of Knowledge@Wharton digs into the world of film production and distribution.

New Media Rights joined the Electronic Frontier foundation and over 30 other groups in sending an open letter to U.S. lawmakers today, calling on government officials to respect freedom of expression in the debate over the whistle-blower website Wikileaks.

In the wake of Wikileaks' recent publications of U.S. diplomatic cables, some lawmakers have attacked newspapers' rights to report on the information in those documents. Other government officials have cast doubt on Americans' right to download, read, or discuss documents published by Wikileaks and even the news reporting based on those documents.

Rash legislation was proposed that could limit the free speech of news reporting organizations well beyond Wikileaks. In the open letter sent Wednesday, 30 groups, including New Media Rights, urged lawmakers to remember and respect constitutional rights as Congress continues to discuss the issues at stake.