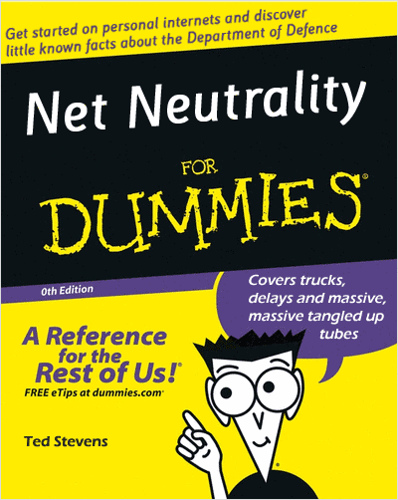 FCC Chairman Genachowski has proposed six net neutrality principles be adopted as rules by the FCC. This welcome sign for an "Open" Internet could affect everything from your home broadband Internet Service to your cell phone and broadband data card service.

1. Net Neutrality rules should apply to Internet access in any form, be it cable, dsl, fiber, wireless data card, cell phone or otherwise. While Internet Access Providers (IAPs) like AT&T and Verizon have clammered to state their general support for the principles on their wired offerings, these same two companies are already coming out against net neutrality for wireless. Net Neutrality for wireless access will be key to promoting the same kind of innovation and relatively level playing field we have seen in applications and access on the personal computer.

2. That this proceeding is about hashing out specific rules that will be applied to Internet access, rather than stating general principles that will guide case by case determinations.

This is a welcome move by the FCC Chairmain (and hopefully, in short order, the rest of the Commission) and could help address the fact that consumers are accessing the Internet from a broad variety of devices with varying degrees of "openness."

Make no mistake, AT&T and Verizon's quick response make clear the public will have a fight on its hands to ensure the policy goals embodied by these proposals are not lost in the details.

Wireles phones and broadband data cards are already notorious for restricting their Internet access as to the devices you can use, the kind of content you can access, and the applications you can

Genachowski cited the following four principles articulated by his predecessors

and then the Chairman added two new principles:

"This means they cannot block or degrade lawful traffic over their networks, or pick winners by favoring some content or applications over others in the connection to subscribers' homes. Nor can they disfavor an Internet service just because it competes with a similar service offered by that broadband provider. The Internet must continue to allow users to decide what content and applications succeed."

6. "The sixth principle is a transparency principle -- stating that providers of broadband Internet access must be transparent about their network management practices."

Why does the FCC need to adopt this principle? The Internet evolved through open standards. It was conceived as a tool whose user manual would be free and available to all. But new network management practices and technologies challenge this original understanding. Today, broadband providers have the technical ability to change how the Internet works for millions of users -- with profound consequences for those users and content, application, and service providers around the world.

The real difference is that now, as in the ongoing Comcast case regarding Comcast's throttling of Bittorrent, the details of what net neutrality means will be debated and honed. This will as contentious in the wireless arena as anywhere.

Internet users of all stripes should be watching the progress of this proposal at OpenInternet.gov

Public Knowledge says its only day 1